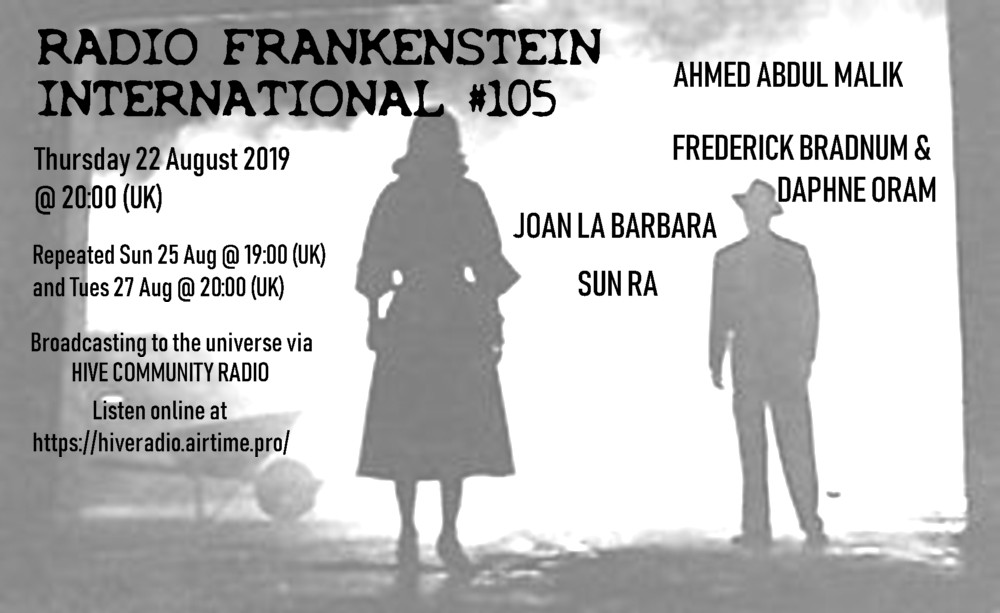 
In contemporary photos and videos Daphne Oram (1925 - 2003) looks like the stereotypical middle-aged, middle class English housewife. You'd expect her most exciting exploits to be flower arranging at the Womens Institute.

Appearances can be deceptive. She was one of the first British composers to produce electronic sound, and was a pioneer of musique concrète in the UK.
As a co-founder of the BBC Radiophonic Workshop, she became a central figure in the evolution of electronic music.

She was the creator of the Oramics technique for creating electronic sounds using drawn sound.

And you'd never heard of her ? Tune in to this weeks show to remedy that - we're playing "Private Dreams & Public Nightmares" recorded in conjunction with Frederick Bradnum.

04 - Declamation : The Universe Sent Me To
Converse With You (Sun Ra)

Only four long tracks this week, bad news for those of you with short attention spans, but sometimes you just cant say it in a 3-minute song.