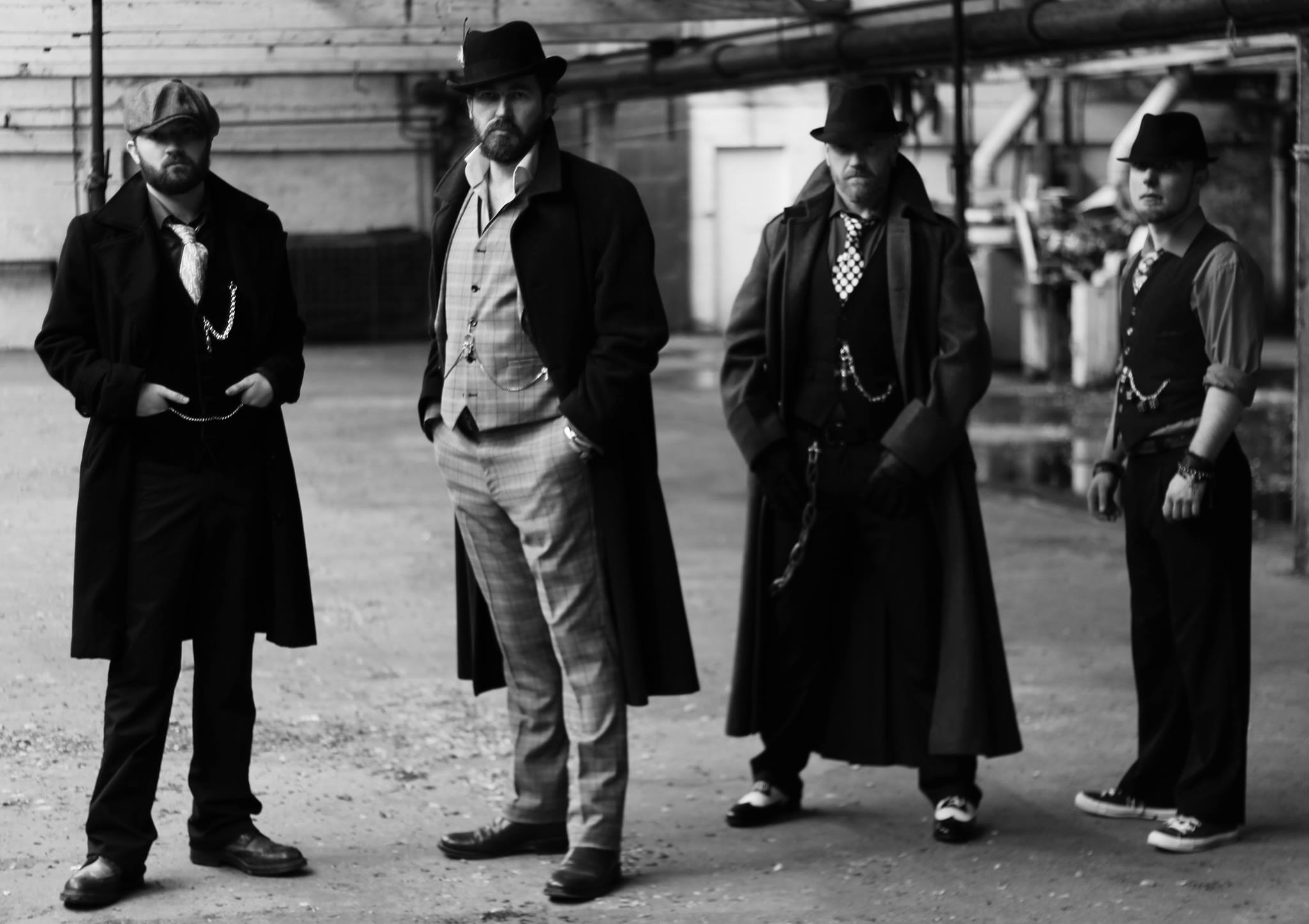 Belfast band, The Irontown Diehards, deliver this self-titled debut album, a hi-octane rock riff-fest set for release on May 27th.

As described by Belfast Metalheads Reunited: ‘they have combined the essential elements to forge a fierce rock sound that is delivered as if they wield a battleaxe’.

A formidable live act, the band match their lively sound with a distinctive image, dressing unconventionally in Victorian worker garb as if they just so happened to stumble out of a time machine into the 21st Century and discover electric guitars. All the members have previously played in top Northern Ireland rock and metal bands including Last Known Addiction, Almighty Fallen, Stormzone, Warcrux and Dead Zebra. Their collective musical experience shows, both in their musicianship and their performance.

‘Fly High’ is the lead single, a soaring ballad with an explosive chorus. It features a cracking guitar solo and culminates into a mighty and epic crescendo.

‘’…there is no doubt that they are bringing something new and interesting to a Northern Ireland scene in which it can sometimes be difficult to find’’ write Planet Mosh.

The album will be available for pre-order shortly, ready for its release on May 27th.