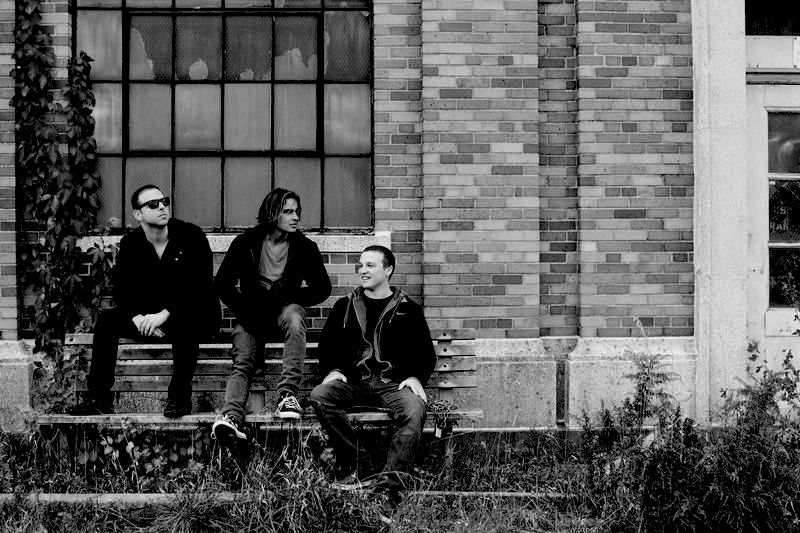 “Rock is not dead. Brooklyn trio Newborn released a new single called ‘Runaround’ last week, and it is everything you have been waiting for.! - AXS Magazine

“The Coney-Island natives are forging a path for a new generation of rock lovers with a DIY attitude and mainstream accessibility.”! - Pure Grain Audio

The band’s refreshing sound is the result of a multitude of rock influences including Muse, Nirvana, Metallica, Red Hot Chili Peppers and Arctic Monkeys.

Formed by high school friends Allen James and Eric Weglicki who met in 2005, the two jammed for several years before finally finding a bassist and drummer, playing their first gig in 2013 as a four-piece band. This was later cut down to a three person lineup, both drummer and bassist leaving, the band finding their current percussionist Blake Suben, guitarist Eric Weglicki switching to bass.


Frontman Allen discusses the band name, which stemmed from an incident in an elevator one day: ‘It was one of those days where my depression was really bad. The elevator doors opened and a mother came strolling in with her baby. The baby looked right into my eyes and gave me the silliest, happiest smile I’ve ever seen. It completely obliterated my bad mood. I told Eric the story later that day and we decided to call our band “Newborn”. To us the name represents a way of looking through life with constant marvel and to always live in the moment. The way a child does.’


Allen has battled with depression for a long time, initially causing him insomnia, sometimes only averaging five hours of sleep a week. Upon leaving a four year college course in physical therapy to form a band, he found that this depression and insomnia was cured. In a wicked twist of fate, he then began receiving bizarre muscular skeletal problems that that caused him to fall into another bout of depression.


‘Most of our songs were written during this time,’ he recounts. ‘On one hand my life was going so well in that I was doing what I loved and being loved for doing it, and on the other hand it was just a complete nightmare. I’m definitely not out of those woods but I am trying to keep a positive attitude . Music is perhaps the biggest reason for that. It really does heal people.’


The upcoming EP, self-titled Newborn, was mastered by Joe Laporta, who has worked with artists as esteemed as David Bowie, Foo Fighters, The Weeknd, The Killers and Imagine Dragons.


The EP is scheduled for release June 14th.